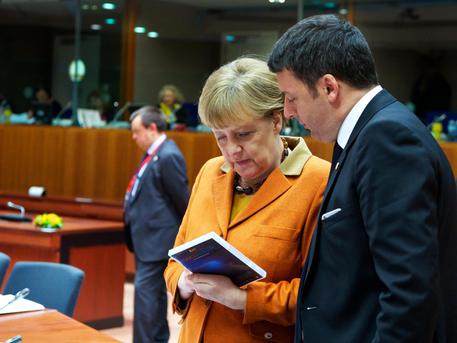 (ANSA) - London, April 20 - Italian frustration with Berlin has "boiled over again" after Germany rejected Rome's idea of funding a new 'migration compact' with Eurobonds, the Financial Times said Wednesday.
"The spat reignited tensions between Angela Merkel and Matteo Renzi that appeared to have eased in recent months," it said.
Italy has asked the EU to offer financial incentives to countries in sub-Saharan Africa for them to curb migrant flows and readmit them after deportation.
The Italian 'migration compact' was well received in Brussels, the FT noted, with EU Council President Donald Tusk agreeing to work on an ambitious plan.
But the Eurobond funding idea was rejected by Merkel, "with unusual force and speed", prompting Renzi to voice his "irritation".
"The latest dispute between Renzi and Merkel comes after a few months of fragile detente," the FT said.