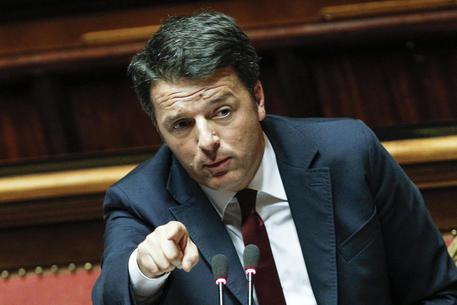 (ANSA) - Rome, April 19 - Premier Matteo Renzi told the Senate on Tuesday that he is in favor of justice, not of overzealous judges. "Italy has had heroic judges but also in the past 25 years it has experienced outright barbarism linked to overzealous prosecutions," he said in reply to two center-right no-confidence motions over an oil-industry graft probe that has led to a current and former minister being questioned by prosecutors.
"The notification that one is under investigation has become tantamount to a definitive conviction in the media - decent people's lives have been destroyed while criminals profited from the populist attitudes of those who tarnished everyone with the same brush," said Renzi, who leads the center-left Democratic Party (PD).
"Because a notification is never equal to a conviction, we will not request the 5-Star Movement (M5S) councillor in Livorno to step down," Renzi added. One of the no-confidence motions was filed by the anti-establishment M5S.
"I am certain the only legal proceedings will be a suit for defamation against the PD, for which I hope you will give up your parliamentary immunity," the premier told M5S lawmakers.
"Judges must speak through their rulings and we encourage them to do so - but the rulings must be handed down quickly because we want to know who is responsible, who is guilty, who is stealing," Renzi said.
The justice system in Italy is notoriously slow.