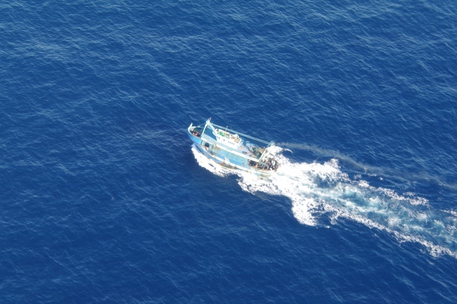 (ANSAmed) - Geneva, April 19 - Almost 179,000 migrants and refugees have arrived in Europe by sea since the start of the year, the International Organisation for Migration said Tuesday.
Almost 25,000 came to Italy, more than 153,000 to Greece, and the rest to Cyprus and Spain, the IOM said. The number of dead in the Mediterranean is 737, not including hundreds from the Horn of Africa who have drowned according to unconfirmed reports this week. Some 400 migrants, mostly Somalis, were reported to have drowned early Monday, and Somalia said 200 had drowned late Monday, but neither report has been confirmed.