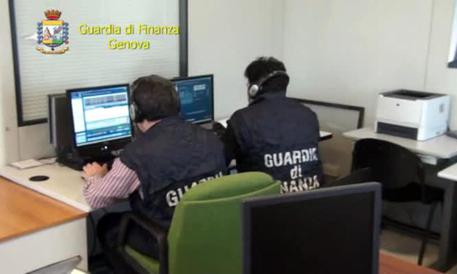 (ANSA) - Milan, April 18 - Finance police seized two luxury homes from a couple accused of defrauding public coffers of 3.5 million euros in a work-voucher scam involving the man's deceased mother, sources said Monday.
Giorgio Di Veroli, unemployed, and Cristina Mercuri, an accountant, have been arrested on charges of defrauding INPS social security and pensions fund using large quantities of the 10-euro work vouchers, which are used to pay for occasional work. Investigators say the couple purchased 700,000 euros' worth of the vouchers in the name of Di Veroli's dead mother, and used them to pay for non-existent work carried out by the 253 employees of 33 contractors, most of them bankrupt or in liquidation.
The "employees" cashed the vouchers in and returned most of the money to their "employers", minus a small fee for their trouble. The "employees" included the old and the young, Italians and foreign residents, and sometimes entire families. One of them, however, didn't like what was going on and turned them in to police.
Among the assets seized are an apartment overlooking Milan's Duomo cathedral and one in the seaside resort of Santa Margherita Ligure near Genoa.
About 1.4 million people were paid in work vouchers in 2015, earning an average of 633 euros a year, according to a labour ministry report out in March. In February, INPS reported that over 115 million work vouchers were sold in 2015, or 66.1% more than in 2014.