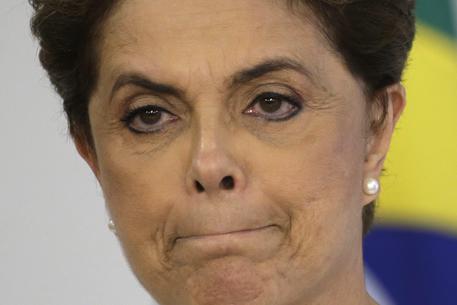 (ANSA) - Rome, April 18 - Brazilian President Dilma Rousseff on Monday appeared on the verge of losing office after a congressional vote to impeach her and with seemingly slipping support in the Senate, which would vote on whether to remove the leftist leader amid a national political and economic crisis, according to the Associated Press.
The 367-137 lower house vote in favor of impeachment Sunday sends the issue to the Senate. If a majority there votes to put Rousseff on trial, she'd be suspended while Vice President Michel Temer temporarily takes over. The exact date of the Senate vote is not known, but it's widely expected by the middle of next month.
Local news media report that 45 of the 81 senators have said they will vote to hold the impeachment trial.
The vote worsens the confusion over the country's political landscape as Brazil, already reeling from a sharp economic recession and a massive corruption scandal, prepares to host the Olympic Games in August.