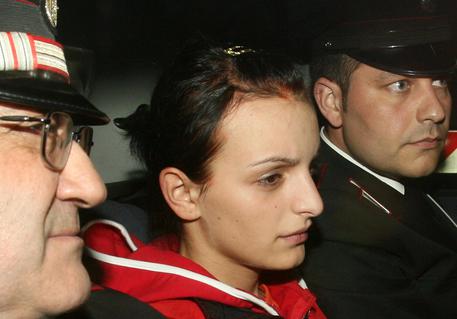 (ANSA) - Rome, April 12 - A woman sentenced in 2007 to 16 years in jail for killing 23-year-old Vanessa Russo after stabbing her in the eye with an umbrella is now in semiliberty, Rome's Il Messaggero newspaper reported Tuesday.
Doina Matei, a Romanian mother of two, now works in a social cooperative in Venice during the day and returns to prison in the evenings. She is serving a sentence for manslaughter in relation to the umbrella stabbing at Rome's Termini station on April 26, 2007.
Matei, who subsequently ran off and was arrested a few days later, said at trial that she did not intend to kill Russo. "In this case the prison system has worked well and has brought the punishment to a level that is acceptable and proportional to manslaughter and also fine-tuned it to the person of Doina Matei and to her life experience," Matei's lawyer Nino Marazzita said. "At the time of the incident my client had just turned 18 and came from a difficult background with two children," he continued.
"The woman has served her punishment and now has the right to reintegrate herself into society," Marazzita concluded.