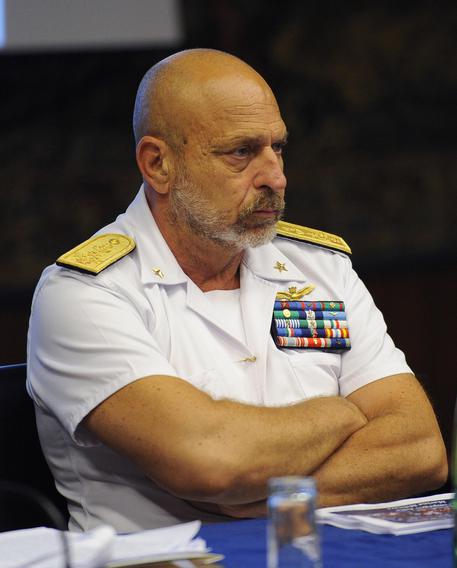 (ANSA) - Rome, April 12 - The Italian navy has denied all allegations contained in an anonymous report published by media on Tuesday accusing chief of staff Admiral Giuseppe De Giorgi of "crazy spending and parties" on a ship he commanded, private use of a navy jet, the transfer and removal of officers who opposed his requests and other allegedly illicit conduct.
"The facts contained in the anonymous dossier that has appeared in the press...are totally non-existent," the navy said in a statement. The dossier was allegedly sent to prosecutors in Potenza, where De Giorgi is under investigation in relation to a southern Italian oil probe into alleged waste trafficking and graft. The report was also sent to the military prosecutor's office, the government and other recipients.