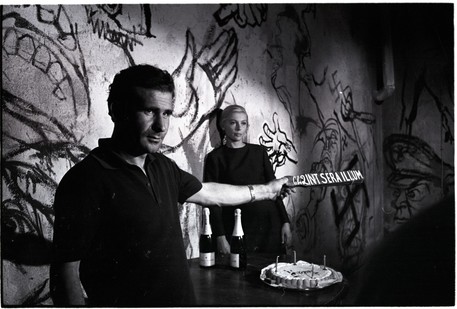 (ANSA) - Rome, March 11 - Pisorno film studios in Tirrenia, a so-called "Hollywood on the beach", which produced 160 films between 1934 and 1969, is the focus of a new exhibition in Pisa's Palazzo Blu, opening March 23 and running through July 7.
The exhibition, titled "Tirrenia City of Film, Pisorno - Cosmopolitan 1934-1969" is the first show dedicated entirely to the story of what Alberto Barbera, director of the Turin Cinema Museum and Venice Film Festival, calls "one of the important attempts to decentralise Italian cinema".
"This show is a reconstruction of a little-explored piece of Italian cinema," Barbera said.
Some of the fabled directors who worked at the Pisorno studios included Vittorio De Sica, Mario Monicelli, Joseph Losey and Mauro Bolognini, as well as stars such as Sophia Loren, Alida Valli, Amadeo Nazzari, the De Filippo brothers, Ugo Tognazzi, Fred Astaire, Marcello Mastroianni, Macario and Edwige Fenech.
The exhibition is free of charge and organised by the Palazzo Blu Foundation in collaboration with the Turin National Museum of Cinema.
It includes more than 600 items, from film clips to advertising and promotional photos, scripts, magazines and sets.
The first film shot at Pisorno - a reference to the combination of the names of cities Pisa and Livorno - was "Campo di Maggio" in 1935, directed by Giovacchino Forzano, the dramatist and famous libretto writer, who was an engine of creation at the studios.
"Tirrenia, created in the beginning of the 1930s, was one of the 'new cities', like Pontinia or Littoria, of the fascist regime," said Cosimo Bracci Torsi, president of the Palazzo Blu Foundation.
"It was born with a political decision and a precise urban plan in which it was dedicated to the cinema and to seaside towns," he said.
"Despite some large productions, it remained a homegrown environment; it was an amateur Hollywood on the beach".
After Pisorno studios went bankrupt, Carlo Ponti took over and changed the name to the more international-sounding Cosmopolitan, and made some films with Sophia Loren, such as Madame Sans-Gene.
The last film produced at the studios, which are now in ruin, was in 1969 with Bolognini's "The Absolute Natural", but the Taviani brothers made a tribute to the studios in their 1987 film "Good Morning Babilonia".
"We recreate the adventure of Tirrenia with sections in which we've identified key moments," said Giulia Carluccio, the show's curator and a professor of film history at the University of Turin.
"It's a history of results but also of missed opportunities. For example, the first James Bond film, Dr. No, could have been filmed there. The producer Harry Saltzman went to visit the studios, but he realised there were some things missing, and so he made other choices for James Bond," she said.