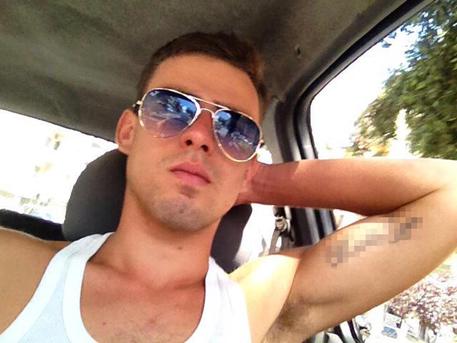 (ANSA) - Rome, March 10 - Rome prosecutors said Thursday that Manuel Foffo and Marco Prato slept in each other's arms in the flat in which they had just tortured and stabbed to death Luca Varani during a cocaine-fueled party at the weekend. The two are accused of murder aggravated by cruelty.

The pair intended to "hurt someone" and looked for a victim for at least 48 hours prior to choosing Luca Varani and inviting him over to Foffo's flat where the crime took place, investigators said. Foffo has asked to be heard again after an eight-hour interrogation yesterday, investigators said.

Autopsy results showed Varani did not die of a stab wound to the heart, investigators said Thursday. Law student Manuel Foffo, 29, and fellow student Marco Prato, who confessed to torturing 23-year-old Varani then finishing him off with a hammer and a knife accused one another of inflicting the fatal blow to the heart under questioning on Wednesday.

Foffo has also told prosecutors he and Prato cut Varani's vocal chords so he couldn't scream, and that he and Prato spent up to 1,600 euros on 26 grams of cocaine.

The pair also tried to clean up the crime scene, prosecutors said. Varani's body was found naked and with a knife stuck in the heart in the bedroom of a tenth-storey apartment in the Collatino area of eastern Rome on Saturday evening. However, he is believed to have died the previous morning. Carabinieri police arrived at the scene only after Foffo, the owner of the apartment, told his father what had happened. Meanwhile Prato was taken to hospital after trying to commit suicide by taking an overdose of barbiturates and alcohol in a hotel in Rome's Piazza Bologna neighborhood. He underwent stomach pumping and is now being held together with Foffo in Rome's Regina Coeli prison.