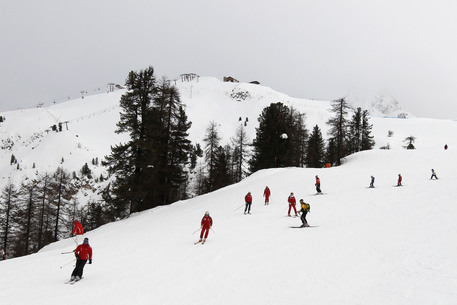 (ANSA) - Cortina, March 10 - A father has been fined for entering a closed ski-run in order to leave flowers at the spot where his son died five years ago, local media reported Thursday.
Mauro Rossato, an engineer from Mestre, was fined in winter 2015 after being spotted side-stepping up the Canalino del Canalone della Tofana ski-run which has been closed since nine-year-old Andrea lost his life after skiing into a tree.
He reportedly explained that he had not in fact skied down the run, but accessed it from a nearby open run, then passing through a forest to emerge 20 m downhill from the point he wanted to reach.
However, his explanation was to no avail.
Rossato appealed against the fine but his appeal was rejected.