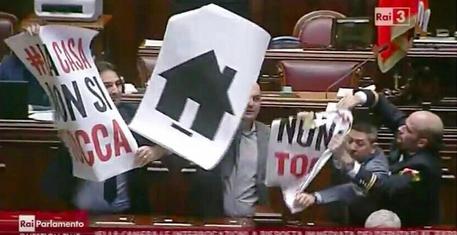 (ANSA) - Rome, March 3 - Democratic Party (PD) lawmakers told the Lower House finance committee on Thursday that a draft measure on mortgages has been amended in response to opposition concerns. The measure would implement an EU directive and says banks can automatically repossess the collateral of clients who fail to make seven mortgage payments. The PD said on Thursday it would change that to 18 failed payments.
The anti-establishment, anti-euro 5-Star Movement (M5S) staged a protest at the finance ministry against the measure, telling Economy Minister Pier Carlo Padoan they will stay put until he withdraws the measure altogether.
On Wednesday, M5S lawmakers staged a sit-in outside the finance committee, preventing its members from sitting down to debate the measure. "We want it withdrawn altogether," said Deputy House Speaker Luigi Di Maio (M5S).