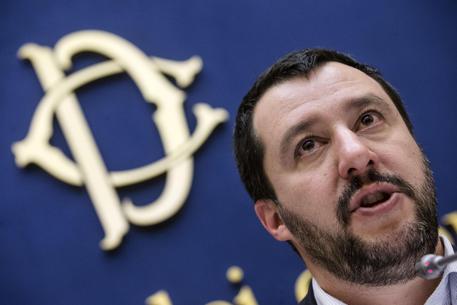 (ANSA) - Rome, February 29 - A divided centre right is set to lose upcoming municipal elections in Rome, Matteo Salvini, leader of the anti-immigrant Northern League, said Monday, as partial results of unofficial primaries organised by his party over the weekend put the four main candidates essentially neck-and-neck. A partial vote count announced at lunchtime on Monday put Alfio Marchini, a former city councillor running on a civic list, in the lead with 1,400 votes, followed by former ex Lower House speaker Irene Pivetti with 1,300 votes.
Ex Lazio regional governor Francesco Storace of La Destra was in third place with 1,250 votes, followed by former civil protection chief Guido Bertolaso, fielded by ex premier Silvio Berlusconi, and the leader of the small right-wing Brothers of Italy (FdI) Giorgia Meloni, with 1,050 votes. "In this way the centre-right is set to lose and presents the biggest possible gift to Matteo Renzi," Salvini said.
The Northern League leader then appealed to Berlusconi and Meloni and to the four main candidates to "sit down and talk".
"If everyone remains on their tracks those tracks lead to a dead end," Salvini said, calling on the centre-right to hold official primaries "as a tool for synthesis". In mid-February Salvini appeared to pull his backing for Bertolaso after initially supporting his candidacy, throwing the centre-right into disarray. The centre-left is to hold its own primaries in Rome on March 6, with deputy Lower House speaker Roberto Giacchetti tipped to win.