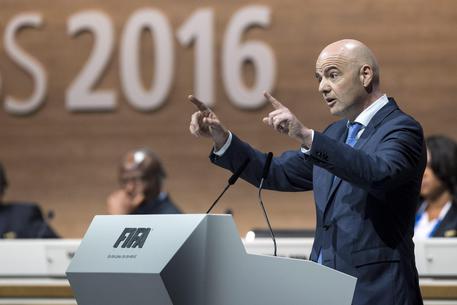 (ANSA) - Zurich, February 26 - Swiss-Italian Gianni Infantino was elected president of FIFA international football federation on Friday. The former UEFA secretary-general won with 115 votes in the second round while rival Salman Bin Ibrahim al-Khalifa of Bahrain got 88 votes. In a speech in six different European languages - including Italian, which he said is "the language of my parents, who transmitted their values to me" - to the FIFA congress prior to the vote, Infantino said "nothing happens by chance" and that soccer-related earnings "were multiplied by three" during his seven-year tenure at UEFA.
He also said a majority FIFA earnings should be redistributed to the federations.