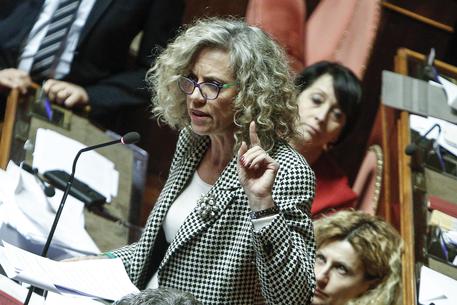 (ANSA) - Rome, February 25 - Today's Senate confidence vote on a watered-down version of a Democratic Party (PD) civil unions bill was a hollow victory, PD Senator Monica Cirinnà said Thursday. "It's first step, a victory with a hollow heart," said Cirinnà, who wrote the bill. "This is a very important measure but I am also thinking of the children of so many friends". The bill passed after the PD scrapped two key measures in a compromise with Catholic conservatives - one allowing stepchild adoptions and the other imposing a duty of fidelity. "Now we must take a second step," Cirinnà said. "We're halfway up the ladder". The bill now goes to the Lower House.