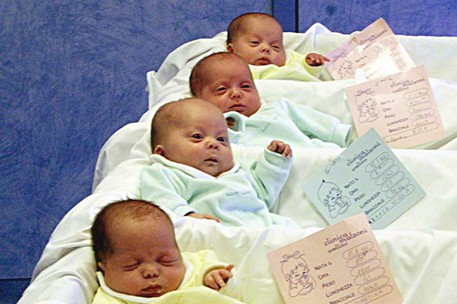 (ANSA) - Rome, February 24 - The average cost of raising babies in their first year of life in Italy has risen 3% this year on 2015, according to a study released Wednesday by the national observatory of consumers' group Federconsumatori.
The association said bringing up a newborn will cost on average 14,905 euros in 2016 from 6,945 euros last year.
Milk and baby food topped the list of expenses - ranging between 1,700 and 3,681 euros - followed by clothing and shoes - between 1,042 and 2,832 euros - medical expenses - 795 and 1,798 euros - and nappies, averaging between 715 and 1,095 euros, according to Federconsumatori.
The association added that several groups have been set up on the internet and social networks to exchange baby items although loans among family and friends are the most common saving strategy.
In addition, children born between January 2015 and December 31, 2017, to families with an annual income below 25,000 euros have a right to a baby bonus.