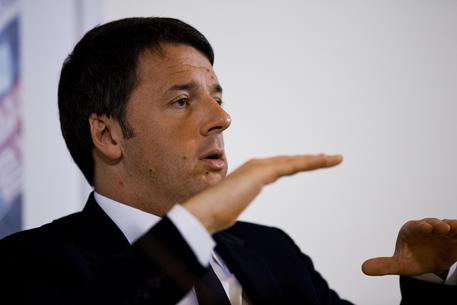 (ANSA) - Rome, February 22 - Premier Matteo Renzi said Monday that his criticism of the European Union was aimed at contributing to real change of the bloc and not to win concessions for Italy. "Either Europe changes or the greatest operation of political institution building will be neutralised," Renzi told foreign reporters on the second anniversary of him becoming premier. "At the moment, the EU is not working. Italy is working to put things on course, not to get a few crumbs of compensation, but to reconstruct the European ideal".

Renzi on Monday reiterated his threat to push for cuts in EU funding to member States who refuse to help out with the refugee-migrant crisis.
"Every year we put in 20 billion euros (to the EU budget) and we get 12 in European funds, so we are net contributors," Renzi told foreign reporters. "At this point, you either do like (former British Prime Minister Margaret) Thatcher and say 'I want my money back' or, (if you are) like us, you are willing to put in more money if there is a community ideal. "Solidarity in Europe cannot be a one way and my opinion is clear that when it will be time to discuss funding planning, it will be impossible not to take account of the fact that some see solidarity as being one way". When Renzi expressed similar sentiments at last week's European summit, Hungary accused him of attempting "political blackmail".