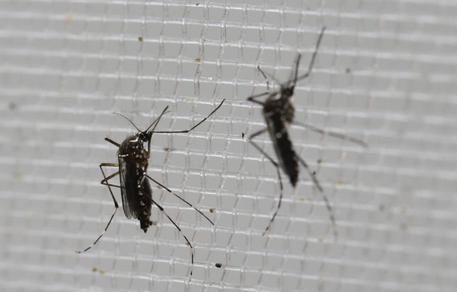 (ANSA) - Brussels, February 18 - The risk of catching the Zika virus in Europe could grow in the spring and summer with the return of tiger mosquitoes that can transmit it, a World Health Organisation (WHO) official said on Thursday.
Roberto Bertollini from the WHO told the European Parliament's environment commission that the risk of catching the virus in Europe in winter is low, but that would change in coming months in some southern European countries.
The Aedes aegypti mosquito mainly responsible for spreading the disease linked to microcephaly in children is limited to areas around the Black Sea in Europe, he said.
But the tiger mosquito found in Italy, Greece, Croatia, Spain and the South of France could also spread it if they bite someone with the virus then bite healthy people.
Bertollini said the only recommendations for European citizens who have to travel to Zika-infected regions are to try to protect themselves from mosquito bites, by using repellents and mosquito nets.