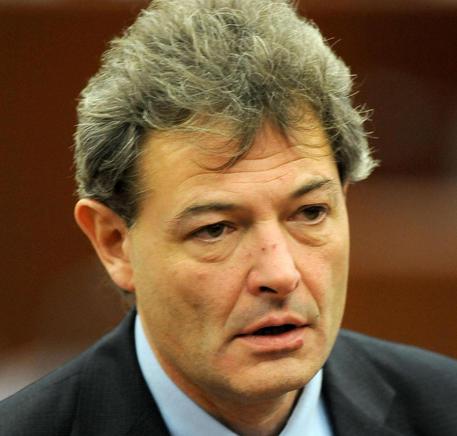 (ANSA) - Milan, February 16 - Lorena Lidia Pagani, the "co-habiting companion" of Northern League Lombardy regional councillor Fabio Rizzi "acted as a frontman for the recipt of kickbacks on his behalf," a preliminary investigations judge who signed an arrest warrant against the pair on Tuesday wrote.
Pagani and Rizzi were arrested in relation to a probe into alleged corruption in the outsourcing of hospital dentistry services in the northern region.
Silvia Bonfiglio, "co-habiting companion" of Rizzi's staffer Mario Longo, also allegedly performed a similar role, "issuing invoices for non-existent consultancies to Servicedent and assuming the role of partner and sole administrator of Spectre srl, a company linked to Longo and Rizzi," according to the judge.
In total 21 people were arrested or otherwise cautioned on Tuesday in a probe into allegedly illegally won contracts worth over 400 million euros. The scandal has led to calls for Lombardy Governor Roberto Maroni to resign.