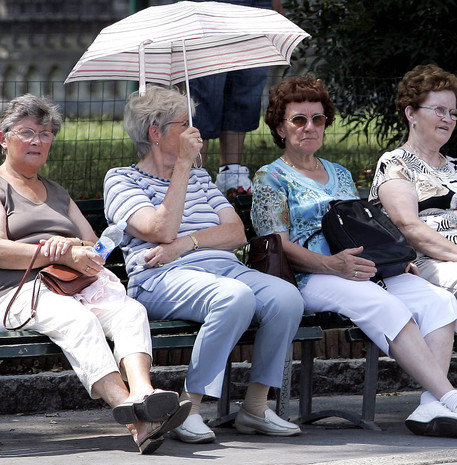 (ANSA) - Rome, February 15 - A furore over reports that Premier Matteo Renzi's government intends to cut State pensions that have been transferred to a spouse following the death of the holder continued on Monday even though the executive denied there was any truth in the speculation.
"The row over transferred pensions is totally groundless," said Labour Minister Giuliano Poletti of the question that was raised by Northern League leader Matteo Salvini at the weekend regarding a proposed government enabling law.
"Obviously some people try to get easy visibility and invent a problem that does not exist.
"The government's enabling law bill explicitly leaves in tact all current positions.
"There are no interventions on transferred State pensions under consideration. All the enabling bill proposes is that overlaps and anomalous situations be overcome". Opposition politicians, however, were not satisfied, amid speculation such pensions will be linked to a person's score on the ISEE means test.
Maurizio Gasparri, a Senator for ex-premier Silvio Berlusconi's centre-right Forza Italia (FI), linked the issue to a bill regulating civil unions, which will extend some rights currently enjoyed by heterosexual married couples to gay couples.
"It incredible that the government is considering cutting pensions transferred to widows and widowers while at the same time extending them to gay couples," Gasparri said.
"Renzi must explain to us the reasons for this shameful act of social injustice that will hit the weakest people". The anti-establishment 5-Star Movement (M5S) also blasted Renzi's administration. "This is how the government intends to combat poverty, by cashing on on transferred pensions and once again attacking pension rights," the M5S said.
"We will combat this unacceptable design with all our strength".