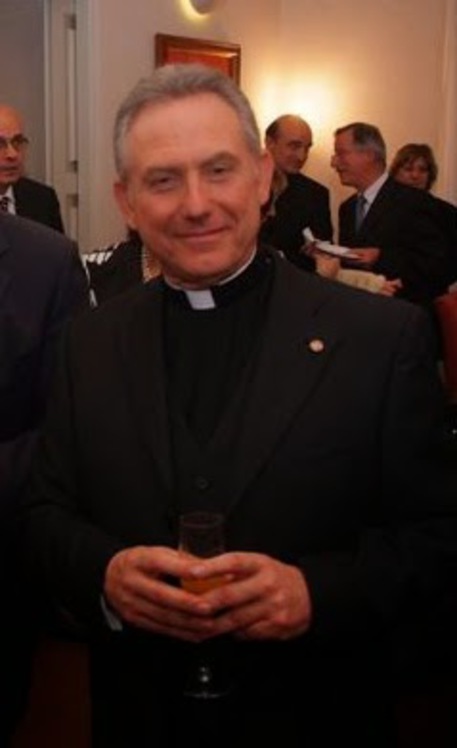 (supersedes previous)(ANSA) - Bolzano, February 10 - Finance police have arrested a senior Catholic prelate on suspicion of defrauding some 300 people out of a combined total of 30 million euros, ANSA sources said Wednesday. The suspect named as Monsignor Patrizio Benvenuti, 64, was nabbed as he was leaving for the Canaries.
An international warrant is out on a close collaborator of the monsignor, whom police described as French wheeler-dealer Christian Ventisette, 54.
Most of the victims were elderly people living abroad, the sources said. They transferred money to Benvenuti's Kepha Foundation, but instead of going to the non-profit's stated humanitarian aims, the funds were allegedly laundered via a complex mechanism involving individuals and foreign and Italian companies.
Prosecutors say the prelate and the businessman "organized and promoted a racketeering organization operating domestically and abroad aimed at committing various and repeated crimes of fraud, money laundering, and tax evasion, involving individuals and companies located in Belgium, France, Italy, Luxembourg, Switzerland, and the United States".
The bust was sparked by a nun who used to work with Benvenuti, who turned to police when she discovered her name had been linked to financial operations involving hundreds of thousands of euros, which she knew nothing about.
In the course of the operation, police also seized an eight-million-euro Renaissance villa belonging to the Kepha Foundation that Benvenuti used as his private residence, an 850,000-euro archeological site in Sicily belonging to Ventisette, and other real estate and land worth 670,000 euros. Benvenuti has served at various levels of the Holy See ecclesiastic tribunal in the Vatican, and was a military chaplain at a Navy academy in the small town of Chiavari in Genoa province.