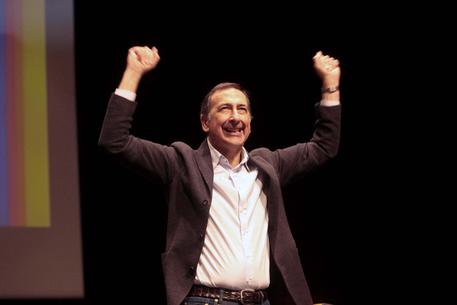 (ANSA) - Rome, February 8 - Former Expo world's fair commissioner and winner of the Milan center-left mayoral primary Giuseppe Sala on Monday blasted opposition insinuations that he won thanks to "bogus" votes from "illiterate Chinese" immigrants.
"This city has always found its strength in immigration - first from the South, now from the rest of the world," Sala said, calling opposition accusations "specious" and "racist".
"(Milan) is 20% immigrants, and 4% of them voted (in the primaries at the weekend)," Sala said.
"I would hope more and more of them will vote in future".
At the weekend, anti-establishment 5-Star Movement (M5S) leader Beppe Grillo alleged on his blog that Sala won thanks to the "bogus" ballots of "Chinese voters who can't read or write Italian". Liguria Governor Giovanni Toti from Silvio Berlusconi's center-right Forza Italia (FI) party jumped on that bandwagon, in a tweet mocking Chinese people's alleged accent when speaking Italian.
"Victoly!!!! Sala won the primaries...they're celebrating in Chinatown," tweeted Toti, who was elected with backing from the anti-immigrant, rightwing Northern League. On Sunday, Renzi replied to Grillo that while some politicians' idea of politics is to manipulate "50 people" into clicking on a website, others have the guts to hold primaries "involving thousands". "We're the only ones with the courage to hold them," Renzi said.
Sala won with 42.28% of the vote or 24,961 ballots cast. Fellow contender and current Deputy Mayor Francesca Balzani followed him with 33.96% of the vote while city council member for welfare Pierfrancesco Majorino obtained 23%.
"Outsider" Antonio Iannetta, who heads the Italian Sport for Everyone Union (UISP) and comes from the civil sector rather than party ranks garnered just 432, votes or 0.73%.
Sala, who established a reputation for sound management skills during the unexpectedly successful Expo, was the favourite.
"I'll do things the way I have always have - with a lot of commitment and team spirit, because I am not one to live by the idea that a man can win difficult battles on his own," Sala said in his primary victory speech.