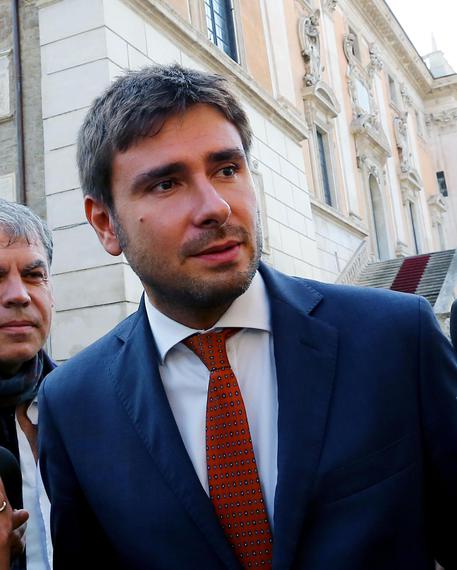 (ANSA) - Rome, February 8 - Alessandro Di Battista, an MP with the anti-establishment 5-Star Movement (M5S), on Monday took to his Facebook page in defence of the movement's published code of rules governing its candidates in the upcoming Rome administrative elections.
"The attack on M5S continues. In a country where they arrest a member of the government's party each day, the problem is always what M5S is doing," Di Battista wrote on his Facebook page.
"The drama is a Rome code of behaviour that is needed for respect of the rules and the programme," he wrote.
"We can respond only by putting forth more effort".
Di Battista confirmed the existence in the code of a clause that quantifies at 150,000 euros the penalty that will be assessed to M5S candidates found "in violation of the rules contained in the code". The 150,000-euro penalty, calculated as the cost of damage to M5S's image, was also discussed in Monday's edition of Italian daily La Stampa, and "takes effect upon the (candidate's) notification of a formal complaint by staff coordinated by Beppe Grillo and Gianroberto Casaleggio".
Grillo's blog on Monday said that the "main points" of the Rome Code, including the image-damage penalty, "are roughly identical to those already included in previous codes of conduct for the national elections in 2013 and European elections in 2014".
"We have nothing to hide," said the blog post.