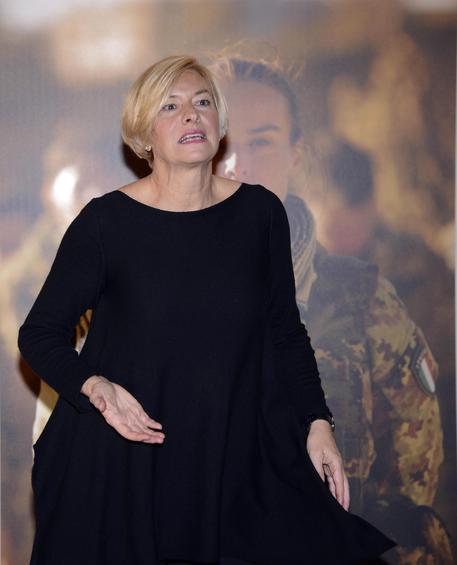 (ANSA) - Rome, February 4 - Military intervention in Libya is "not imminent", Italian Defence Minister Roberta Pinotti said on Thursday.
Pinotti told a talkshow on Canale 5 that Italy was focused on supporting Libya through its political process, although concerns were growing over the influence of the Islamic State (ISIS) militants.
She said ISIS "is experiencing defeats in Iraq and Syria and is thinking of moving into Libya, where we have recorded the transfer of some leaders to protect themselves from coalition attacks".
A list of proposed government ministers presented in Libya had been rejected and a new list is due to be presented next week, she said.
"We hope that MPs will be able to agree on a government of national unity and then the Libyans themselves will tell us what they need and establish the necessary security framework," she said.
Turning to Iraq, she said an Italian military mission tasked with protecting the Mosul dam would leave in the Spring. Italian firm Trevi has been awarded the contract to repair Iraq's biggest dam, whose risk of collapse has increased since it was seized by ISIS in 2014 and did not receive adequate maintenance.
Separately, Pinotti said a decision to send 130 Italian soldiers to Iraq with personnel recovery duties was a response to requests for extra support from France after the attacks in Paris last year.