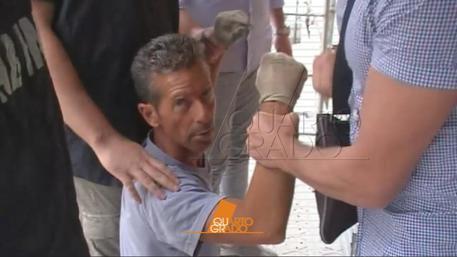 (ANSA) - Bergamo, February 3 - Geneticist Giorgio Portera, who represents the family of Yara Gambirasio in the trial on the 13-year-old student's murder, testified on Wednesday that the DNA found on her body belongs to the only defendant in the case, Massimo Bossetti.
Portera's testimony backed the report presented by the Carabinieri's RIS forensic unit at the trial, concluding that "unknown 1" - the previously unnamed suspect in the 2010 murder case - is in fact Bossetti.
The construction worker and father of three is on trial in Bergamo following his arrest in 2014 after extensive DNA testing of the local population as part of the probe tracked him down as the biological son of a local bus driver, Giuseppe Guerinoni, who died in 1999.
The geneticist said there was a 99.8% match between the DNA of Guerinoni and Bossetti, establishing a "certain paternity".
The DNA of "unknown 1" was found on Yara and is the key piece of evidence against Bossetti in the ongoing trial in Bergamo.
The defendant has always maintained his innocence and his defense team has questioned the evidence, claiming traces of Bossetti's nuclear DNA found on the victim's body did not match with mitochondrial DNA on her, which does not belong to the defendant.
Portera on Wednesday testified that in no way can mitochondrial DNA, which is read with a different genetic code, "can be used for identification purposes".
He also disputed that nuclear and mitochondrial DNA tests were carried out at different times, at the beginning and end of 2011 respectively, so variations could have occurred.
Geneticist Sarah Gino, who testified for Bossetti on Wednesday, also said hair found on the victim did not be belong to her or the defendant.