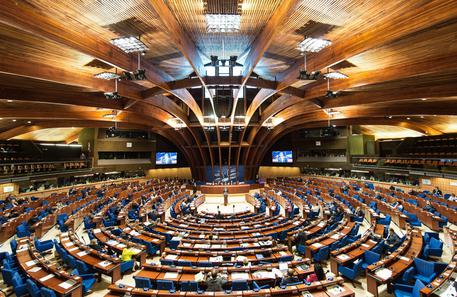 (ANSA) - Brussels, January 18 - European sources told ANSA Monday there is concern at the highest EU levels over a lack of communication channels with Rome. Communication issues can turn into political problems, the sources said. European Commission President Jean-Claude Juncker was and is Premier Matteo Renzi's friend and Italy's best ally, the sources said. Juncker and Renzi traded barbs Friday over economic flexibility clauses and migrants. Juncker had lost his patience, the sources said.

Italy "doesn't take part in pointless arguments", Foreign Minister Paolo Gentiloni said on his way in to a council of EU foreign ministers Monday. "I consider some of the remarks that came from Brussels to be useless," Gentiloni said after Premier Matteo Renzi and European Commission President Jean-Claude Juncker traded barbs Friday.
"The situation in Europe is very delicate right now, both economically and on the migration front, and this delicate situation should be faced without the argumentative tones I heard coming from Brussels recently and which are, I repeat, pointless," the minister said.
Gentiloni's comments came after European Commission President Jean-Claude Juncker on Friday hit back at growing criticism of the EU executive from Italian Premier Matteo Renzi in an unusual frontal attack on a member nations's head of government.
"I think that the Italian prime minister, whom I love very much, is wrong to offend the Commission at every opportunity, I don't see why he does it," Juncker said.
"In truth, Italy should not criticise it too much. We have introduced (greater budget) flexibility against the will of member States who some say dominate Europe".
Juncker also accused Rome of blocking the plan to give Turkey three billion euros in exchange for cooperation on the refugee crisis.
Renzi responded to Juncker's criticism by rapping back: "We won't be intimidated".
Speaking to TG5, he said "Italy deserves respect".
Renzi stressed that the EC, in his view, had only conceded flexibility on budget spending "after a lot of insistence on Italy's part".
Renzi has frequently criticised the European Union, saying it is too focused on budget austerity and dominated by bureaucrats and does not give enough importance to promoting growth and employment.
Furthermore, Rome reacted angrily when the Commission opened infringement proceedings last year against Italy for failing to respect the rules on taking the finger prints of asylum seekers.
The Italian government responded by saying EU should thank it for the thousands of migrants it saves at sea and complained of slow progress on a deal to relocate refugees to other European countries.
The was also tension when the Commission denied it had stopped the Italian government softening its rescue of four small Italian banks last year to lessen the effects on bondholders in this lenders.
Juncker admitted that relations between the EC and Italy were not going well at the moment.
"I'll probably go to Italy at the end of February because the atmosphere between Italy and the Commission is not the best," Juncker said.
"Renzi always complains that I have not been to Italy since I became president".
Economy Minister Pier Carlo Padoan said Italy's criticism of the European Commission was meant as constructive and not offensive.
"There is no intent to offend on the part of the Italian government, but a constructive attitude," Padoan said.
"(The relationship between the EU and Italy is a) relationship between the government of one of the main countries in the EU that is addressing the (European) Commission in an open and frank way, bearing in mind that we want to reinforce the EU but at the same time that we have rights on a par with those of others and we mean to make ourselves heard".
Padoan also denied the charge that Italy was preventing the EU giving the three billion euros to Turkey.
"Italy gives full backing to the support of Turkey to manage the migrant flows," Padoan said.
"Italy is not blocking anything. But we believe it is necessary to clarify whether there is still space in the European budget to ensure that the three billion euros is fully covered without using contributions from the (member) States".
Earlier Juncker blasted Rome's stance on this issue.
"I struggle to understand Italy's amazing reservation about the three billion euros to Turkey because the money is not going to Turkey but is for Syrian refugees in Turkey," Juncker said.
"These three billion are a question of credibility for the EU" Federica Mogherini, the EU's High Representative for Foreign Affairs, said Friday that creating division within the block was senseless, when asked to comment on Juncker's comments.
"It's stupid to create divisions within Europe," said Mogherini, who served as Italian foreign minister under Renzi before being nominated to her current post.
"The Europeans need to be united when faced with the many crises that exist," she told reporters during a visit to the Community of Sant'Egidio in Rome.
"Italy needs Europe like Europe needs Italy".
Mogherini stressed that both Italy and the European Commission had wanted to introduce greater scope for flexibility in the EU's budget rules after Juncker argued that he had passed the changes, not Renzi.
"There are lots of things that Italy and Europe have done together in the first year of the Juncker Commission," Mogherini said.
"(These go) from the introduction of the rules on flexibility, which Italy very much wanted and which the European Commission very much wanted and which benefit everyone, to the great challenges at the European level on the management of immigration".