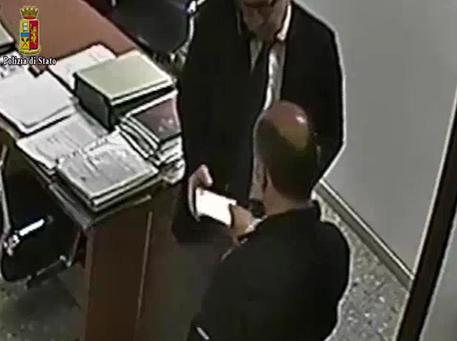 (ANSA) - Bari, January 13 - Companies that supply the Petruzzelli theatre in Bari paid bribes to its director at least eight times in less than two months, the chief prosecutor in the southern Italian city said on Wednesday.
Prosecutor Giuseppe Volpe told a news conference that overall the theatre's director Vito Longo was paid 20,000 euros in bribes related to supplier contracts between October 29 and December 4 last year. "Investigations are still underway, it's a short period but we decided to intervene straight away because we could not allow more crimes to be committed," Volpe told the news conference.
The investigation has led to the arrest of five people for crimes including corruption. It focuses on three contracts for theatre lighting supplies and cleaning services which prosecutors say were awarded in exchange for money and other benefits.
Volpe said he had decided to share videos that show Longo receiving the envelopes filled with money from company executives because they are effective footage and could serve as deterrents.
The probe was launched after another business executive complained to police about news articles discussing potential irregularities in theatre contracts, which he viewed as defamatory.
Wiretaps and video footage in Longo's office then led police to make the arrests.