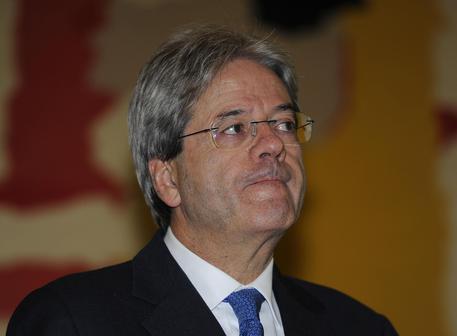 (ANSA) - Rome, January 8 - Libya is not a place for "muscular" military action, Foreign Minister Paolo Gentiloni said Friday.
Libya, he said, "is not a gym for muscular shows", arguing against "hasty action"" in the wake of Thursday's suicide truckbomb attack, claimed by Islamic State (ISIS) militants, which killed at least 74 police cadets in the western city of Zliten.
Military intervention, Gentiloni said, "might be justified by the terrorism alarm today, but it would not leave on the ground what is needed, the beginning of stabilisation, but rather, perhaps, even more confusion".
In the next few weeks, Gentiloni said, "there is only one plan on our agenda", the birth of a national-unity government. "Every day that is lost in creating the new government i hope will be born in the next few weeks" the foreign minister said, "is a day that gives more hope to Daesh (ISIS) and the enemies of the accord" agreed at the recent Rome Conference and signed in Morocco by the Libyan sides.
A local Islamic State affiliate has been trying to gain a foothold in Zliten, spreading westward from its central stronghold in the city of Sirte along the North African country's coast.
The United Nations special envoy to Libya, Martin Kobler, denounced the attack and urged Libyans to "put their differences aside and unite to confront the scourge of terrorism." UN Secretary-General Ban Ki-moon condemned the attack as well as ongoing attacks by the Islamic State group on oil facilities near Sidra and called for a national unity government as "the best way for Libyans to confront terrorism in all its forms." The bombing was yet another reminder for Libyans that "urgent progress is required" toward empowering a new unity government and rebuilding state bodies, Kobler said in a statement.
In recent years, thousands of migrants seeking a better life in Europe have sailed from Libya on rickety, overcrowded boats.
Hundreds have drowned in those crossings.
Libya slid into chaos following the 2011 toppling and killing of longtime dictator Muammar Geddafi. The oil-rich country is torn between an Islamist government based in the capital, Tripoli, and a rival, internationally recognized administration at Tobruk in the east. Meanwhile, a UN-supported unity government sits in neighbouring Tunisia.