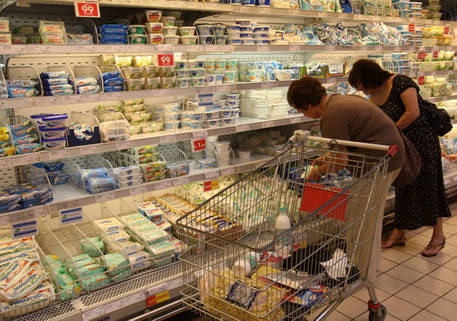 (ANSA) - Rome, January 5 - Consumption of Italian families is set to rise 1.4% in 2016, its largest annual increase in the past decade, a report showed on Tuesday.
The Coop report said that 2016 was seen as "the year of hope" by more than a third of Italians.
Another sixth of Italians are associating the year with change, while for 14% the prevailing sentiment is fear.
Based on its survey of spending intentions, the report found that per capita consumption will still remain around levels seen in the 1990s and more than 1,700 euros less compared to 2007.