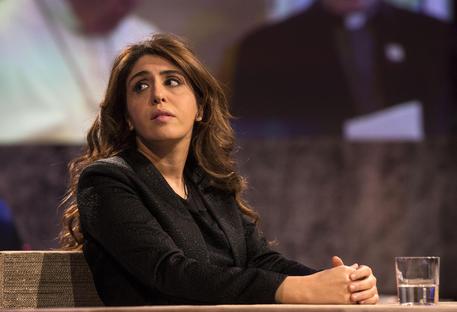 (ANSA) - Rome, December 31 - A former member of a commission on the Holy See's economic-administrative structure has said she has given up and expects to go to jail for leaking Vatican documents. "I will be sentenced," public relations specialist Francesca Immacolata Chaouqui wrote on Facebook. "I am innocent but I will be found guilty." The Commission for Reference on the Organization of the Economic-Administrative Structure of the Holy See (COSEA) was set up by Pope Francis in July 2013 to help put the Holy See's finances in order. Chaouqui as well as Spanish Monsignor Lucio Vallejo Balda and his administrative cleric have been charged with leaking documents to journalists that showed corruption and questionable financial practices in the Vatican. "There is no chance that the Vatican court, after arresting me and setting in motion a trial that was to have been over in a few days and is instead lasting for months, and after this matter has made headlines across the world, will simply say 'we were wrong' and 'we put an innocent person behind bars'," she added. "Thus, I will be sentenced. Without any proof or reason. I will pay for having obeyed the pope and not listening to those who said that 'the pope leaves while the Curia stays'. I will go to jail. I have renounced any appeal and I have not asked for a pardon. The court that sentences me will have to take on the responsibility for implementing the punishment. And I know it will do so. Otherwise it will lose its already compromised credibility. I will go to jail and I think it will be in April, immediately after Easter. I will spend a year and a half in jail and I will give birth there. There is no other way".
She said that she would use the time in jail to write a book "on my story".