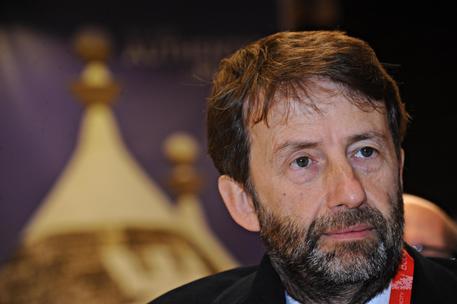 (ANSA) - Rome, December 16 - Italy's Cultural Ministry is bringing cultural works by migrants to the forefront in a new project called MigrArti.
The initiative will invest 800,000 euros in acceptance and integration of the many "new Italians who live, work and study in our country", according to Culture Minister Dario Franceschini.
"There's nothing worse than not opening to diversity," Franceschini said.
MigrArti - which follows on the heels of the ministry's recent campaign to mark the 60-year anniversary of when Rosa Parks refused to give up her seat on a bus in Montgomery, Alabama - aims to help and promote the cinema, music, theatre and art enriched by the many different cultures that have come to Italy through migrants.
"It's just a first step. We're making up for a government delay," Franceschini said of the programme, which has already involved art high schools and technical institutes in a national contest to design a logo for the initiative, with a 4,000-euro prize.
The idea is to permanently focus the government's attention and support for the many different cultures that have been arriving in Italy for decades, with particular attention on second generations, who Franceschini said form "the authentic bridge between their parents and the future that awaits them in this country".
This "first step" is itself in steps, with two 400,000-euro tenders - one for cinema and one for live theatre - that will finance film, theatre, dance and musical projects "centered on themes of integration and the promotion of initiatives dedicated to cultural plurality".
"I'm convinced that it's the right path and our intention is to move ahead, but we're charting new territory, which is why we're going step by step," Franceschini said.
"It's the culture ministry's duty to deal not only with what we know but also what we don't know".
The project will be led by film and theatre directors Nicola Borrelli and Ninni Cutaia as well as the city of Rome culture councillor Paolo Masini.
One of the project's challenges comes from the fact that there isn't currently a comprehensive list of all of the country's foreign cultural associations or organisations.
To help correct that, the ministry is also sponsoring an online census form in which those organisations can register, an option that Masini added is "absolutely voluntary".
The project's two tenders are currently detailed on the ministry's website with all the information necessary for participation.
"What must be clear is that they have to be projects that the city needs," Masini said.
Applications must be submitted by January 31, 2016, and the list of winners will be made public by February 2016.
"I'm certain that it will do us very well to see a Syrian film or listen to a Nigerian concert - knowledge of diversity is the best method for a civil and safe integration," Franceschini said.