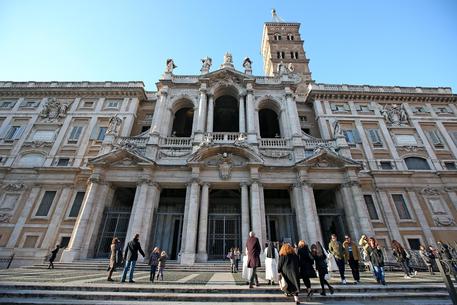 (ANSA) - Rome, December 15 - A Palestinian and a Tunisian national were arrested after they tried to disarm soldiers stationed outside Santa Maria Maggiore cathedral while yelling "Allah (God) is great", Rome police said Tuesday.
When police intervened, the two men aged 40 and 30 called other foreigners in the area to their aid, and assaulted and threatened the arresting officers. After they were taken to the police station, they continued to speak out against law enforcement and Europe in both Arabic and Italian. They were charged with resisting and threatening an officer and instigation to commit a crime with intent to commit terrorist acts, slapped with an expulsion order, and taken to a migrant reception center in the southern city of Bari prior to repatriation.
A background check revealed they had several expulsion orders pending, police said.