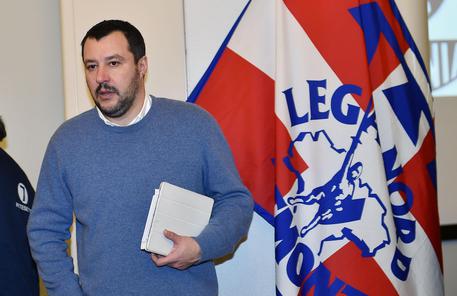 (ANSA) - Rome, December 14 - France's extreme right Front National "did not lose" in the second round of voting in regional elections on Sunday despite failing to take any regions, anti-immigrant and anti-Europe Northern League chief Matteo Salvini said Monday.
"It is still the biggest party in France, it has 40% of the vote," Salvini said. Other parties on the right gave a different interpretation of the results. "Some of the issues that fuelled consensus for the Front National are inevitably part of the agenda of all leading political forces in Europe," Senator Maurizio Gasparri of the center-right Forza Italia (FI) said.
"While the issues Le Pen tackled cannot be ignored, the solutions need to be presented with greater balance and maturity," he said.
"This is why the centre-right and not just the right is necessary".
His comments came on the heels of a call from FI leader and ex-premier Silvio Berlusconi for "unity" on the right in view of local elections next year. "We're certain that Silvio Berlusconi will soon increase the consensus for the coalition to over 40%, shifting the axis of this alliance towards moderate positions," said FI House whip Renato Brunetta.
Center-left Premier Matteo Renzi's Italicum electoral bill sets a 40% threshold for winning the majority premium in the Lower House in the first round of voting. However, it currently applies to a single party list, not to a coalition.