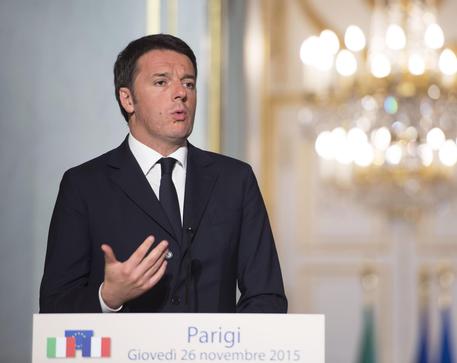 (ANSA) - Rome, December 10 - Premier Matteo Renzi said Thursday the government would help shareholders and bondholders left with nothing after the rescue of four troubled banks amd stressed that the suicide of one penniless ex-bondholder should not be "exploited".
"It's impossible by EU rules to definitively save the shareholders and bondholders but we are trying with great commitment and tenacity to find a solution, within the limits of the EU rules, to have some form of easement," he said. "We're working on it". The rescue of Banca Etruria, Banca Marche, CariFe and CariChieti saw over 300 million euros' worth of bonds go up in smoke, including the 100,000 euros of the Civitavecchia pensioner who committed suicide.
The government is mooting a 50-80-million-euro easement fund for those unwittingly left in penury.
Renzi voiced his condolences to the dead man's family but warned against "exploiting" his suicide after the rescue of Banca Etruria. "I'm not accustomed to exploiting the life and death of people...(the government) is working to find solutions", he said.
Renzi added that the government "looks favourably on parliament opening commissions of inquiry on what has happened in the Italian and European banking systems in the last few years". He said there was "full interest in all the relevant authorities making every effort to clarify the responsibilities of the past".