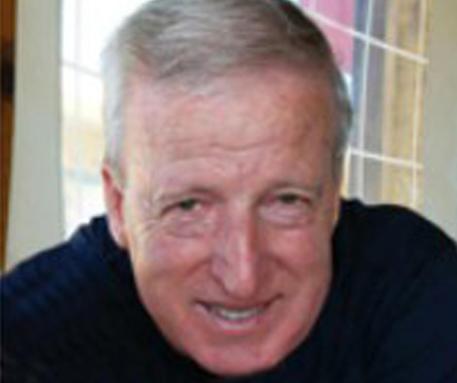 (ANSA) - Rome, December 10 - A row over the government's recent rescue of four banks continued Thursday following news that one of the bondholders left penniless had committed suicide.
As prosecutors opened a probe into "instigation to commit suicide" in the death of Luigino D'Angelo, the government promised to help the remaining bondholders while the European Commission hit back at Italy's attempt to blame it for blocking a rescue fund and said Rome had sole responsibility for the controversial bailouts.
Premier Matteo Renzi said the government would help both shareholders and bondholders and stressed that the suicide should not be "exploited".
"It's impossible by EU rules to definitively save the shareholders and bondholders but we are trying with great commitment and tenacity to find a solution, within the limits of the EU rules, to have some form of easement," he said. "We're working on it". The rescue of Banca Etruria, Banca Marche, CariFe and CariChieti saw over 300 million euros' worth of bonds go up in smoke, including the 100,000 euros of the Civitavecchia pensioner, 68, who committed suicide.
The government is mooting a 50-80-million-euro easement fund for those unwittingly left in penury.
Renzi voiced his condolences to the dead man's family but warned against "exploiting" his suicide after the rescue of Banca Etruria. "I'm not accustomed to exploiting the life and death of people...(the government) is working to find solutions", he said.
Renzi added that the government "looks favourably on parliament opening commissions of inquiry on what has happened in the Italian and European banking systems in the last few years". He said there was "full interest in all the relevant authorities making every effort to clarify the responsibilities of the past".
The rescue measure sees Italy's healthy banks investing some 3.6 billion euros to keep alive the four small banks, whose bad loans will go into a bad bank. The government has called its mooted easement measure a "humanitarian" move.
It will reportedly help those investors who can show they took up their investments without adequate warning.
Reform Minister Maria Elena Boschi said the government would put a measure to help the bondholders into the 2016 budget. "We have to see how much to intervene on a public level and how much to find alternative solutions," she said, adding the government was not showing favouritism to her father, an executive at one of the banks. She said her father had only been vice president of Banca Etruria for eight months.
Jonathan Hill, the European commissioner for financial stability and services, said that the Italian government should take sole responsibility for the controversial plan to rescue the four banks. "The Italian government led the process and has responsibility for it," Hill said. On Wednesday the Commission denied an assertion by the Bank of Italy that it had denied permission to use the Interbank Safeguard Fund (FIT) to soften the plan. Many small investors who bought bonds in the four banks have lost their money. "The government discussed (the plan) at length with the Commission, in particular with the competition directorate general, which regarded the measures taken as compatible with EU legislation," Hill said.
The four banks "sold people inadequate products" and that had "personal consequences for some people in Italy", Hill added. Italian consumers association Codacons said that it has presented a petition to criminal prosecutors over the case of the pensioner who hanged himself. Codacons said that it has asked prosecutors to investigate the alleged crime of instigation to commit suicide.
Prosecutors in Civitavecchia said late Thursday they would act on the petition, opening a probe "against person or persons unknown on suspicion of instigation to suicide." The leader of Italy's populist Northern League, Matteo Salvini, said that Renzi should ask the EU to cover the millions of euros of losses sustained by the investors.
"We are talking about less than a billion euros. If Renzi has the balls, he should go and ask Europe for that," Salvini told a rally in Arezzo in support of the investors who lost their money.
He also called for a minute of silence to remember the pensioner who killed himself.
D'Anegelo's wife said "I will go on, if I can".