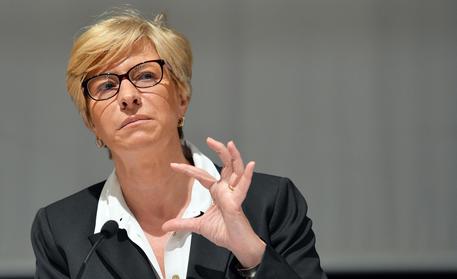 (ANSA) - Brussels, November 17 - Defence Minister Roberta Pinotti on Tuesday ruled out the possibility of Italy conducting military operations against ISIS in Syria. "I rule out an intervention in Syria. I don't rule out reinforcing the intervention in Iraq. We are reinforcing it," she said referring to Italian troops involved in training. "The number planned for our mission in the previous decree was about 500 people, while the decree that is currently being debated in parliament envisages 750. "We are significantly increasing the number of trainers, as the coalition asked us to". Pinotti said Tuesday that Italy had pledged France full cooperation following Friday's terrorist attacks in Paris.
"Italy has guaranteed France the maximum level of cooperation of our country," Pinotti said after a meeting of European defence ministers. "Italy already does a lot because we are among the top contingents in Iraq for the fight against ISIS". She added that all of France's 28 EU partners had expressed solidary at Tuesday's meeting.