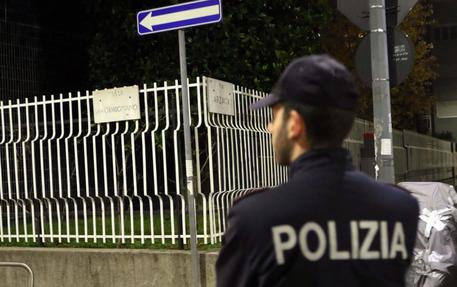 (ANSA) - Milan, November 13 - An orthodox Jew was stabbed by a hooded man in a Milan street Thursday night, police said.
The victim, 40-year-old Nathan Graff, was taken to hospital where his condition was said to be satisfactory. Police said they had so far found no evidence of anti-Semitism in the attack, which took place outside a kosher restaurant.
Graff is the nephew of Milan rabbi Hetzkia Levi.
The Milanese and Italian Jewish communities voiced concern over the attack, which featured prominently in Israeli news bulletins Friday.
Italian Jews will not be intimidated by the incident, the president of the Union of Italian Jewish Communities (UCEI), Renzo Gattegna, said Friday.
"We will go forward, without being intimidated," he said.
Gattegna also called for security measures to be increased but noted that police work in this area was already "extraordinary".
Milan's leading Islamic centre on Friday condemned the attack.
Abdel Hamid Shaari, president of the Islamic Cultural Centre, voiced "a condemnation without ifs or buts of what happened last night in Milan".