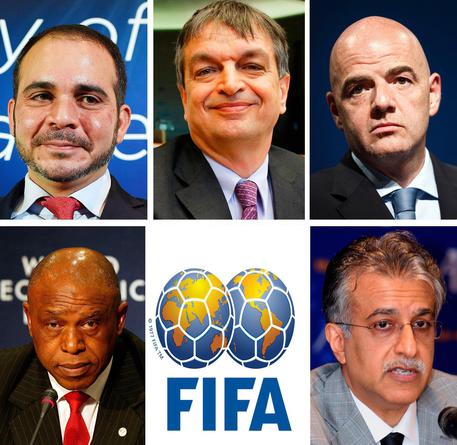 (ANSA) - Rome, November 12 - Sheikh Salman bin Ibrahim Al Khalifa was listed as an official FIFA presidential candidate on Thursday, while Musa Bility of Liberia was left out after failing an integrity check.
FIFA announced the five declared candidates for the February 26 election, with Michel Platini a potential sixth man. The suspended Platini's candidature was not judged at this stage by the FIFA election committee pending his ethics case.
The five candidates are: Sheikh Salman of Bahrain, Prince Ali bin Al-Hussein of Jordan, Jerome Champagne of France, Gianni Infantino of Switzerland and Tokyo Sexwale of South Africa. They are in the running to replace Sepp Blatter, who announced in June he would step down as president after FIFA was plunged into crisis following U.S. and Swiss corruption investigations.