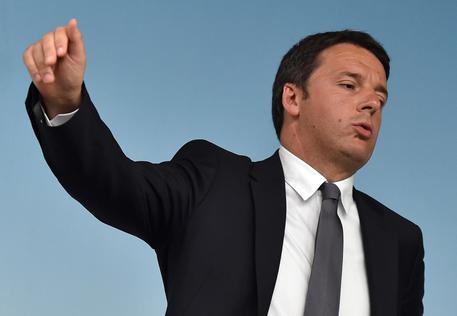 (ANSA) - Rome, November 11 - Italian Premier Matteo Renzi on Wednesday said the Italian government's objective during the European Commission's Valletta Summit on migration is to "put Africa at the centre of European initiatives on migration", in a front-page essay in the Catholic Church-affiliated Italian daily Avvenire.
"It's useless to cry over the thousands of sisters and brothers who have died in the Mediterranean, if one doesn't have the strength to react," Renzi said.
Renzi suggested intervention in the migrants' countries of origin in order to "create conditions suited to the cultural, labour, and economic growth of every potential migrant, so that Europe is a choice, not a necessary landing, an unrelenting destiny".
Renzi said Italy will be "among the main contributors" to an EU trust fund aimed at addressing the root causes of migration in Africa.
"It will be an operating tool of an innovative cooperation between countries that don't want to limit themselves to reacting or halting the flow of the migrant phenomenon, but want to accompany it with political and not emergency choices," Renzi said.
Renzi is at the summit in Malta among 60 heads of state and government, and called the two-day event "a great opportunity" for Italy "to set itself apart and rediscover its role in the Mediterranean".
"It's also an opportunity for Europe, to rediscover the soul lost under piles of dusty bureaucratic paperwork," he said.
Renzi highlighted Italy's role in the rescue of migrants from the Mediterranean and called the migrant crisis "a humanitarian catastrophe that requires all of our attention".