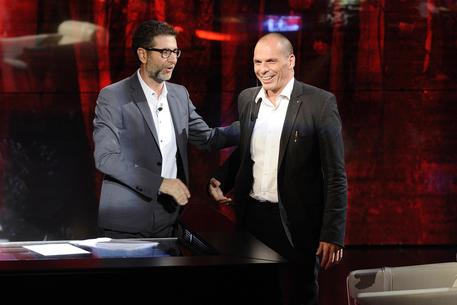 (ANSA) - Rome, October 29 - State broadcaster RAI said Thursday that it was tightening its ban on paying politicians to be guests on its shows after it emerged that former Greek finance minister Yanis Varoufakis was paid 24,000 euro for an appearance, sparking a furore. The economics professor was interviewed by Fabio Fazio for 22 minutes during an episode of his flagship programme Che Tempo Che Fa at the end of September. The anti-austerity champion's first-class flight to Italy was covered too, his website showed.
"RAI's management today issued a directive that reinforced and tightened the company ban on paying fees to politicians who take part in television or radio broadcasts," a statement said.
"The ban has been extended to companies who produce for RAI". Varoufakis was paid by the production company that makes Che Tempo Che Fa.