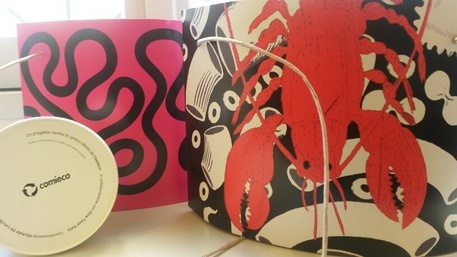 (ANSA) - Rome, October 29 - About 40% of Italians would be embarrassed to ask a restaurant if they could take home the leftovers of a meal, a survey showed on Thursday, prompting a new designer 'doggy bag' project to encourage the trend.
Three out of four Italians realise that leftover food in a restaurant is a waste, but only 9 percent would dare ask if they could take it with them when they leave, according to the survey by Waste Watcher, an organisation monitoring waste by Italian families.
Some of the reasons given for avoiding the habit, common among British and American diners, include the fact that eating out in Italy is viewed as a celebration, and so people do not want to evoke memories of the hunger suffered in the post-war period. It is also considered good manners to finish a dish completely so people do not want to draw attention to themselves if they do not manage to.
Environment Minister Gian Luca Galletti said on Thursday that Italians throw away 5.1 million tonnes of food every year, wasting 12.6 billion euros annually. Fabio Spada from restaurant association Fipe Confcommercio said on average Italians waste only 4% of what they eat at home, but much more of what they eat out.
Recycling association Comieco and Slow Food Italia have launched the "If I'm left over, eat me" project, which will distribute 40,000 designer doggy bags in selected restaurants in cities including Milan, Bergamo and Rome, hoping to develop the trend in Italy.