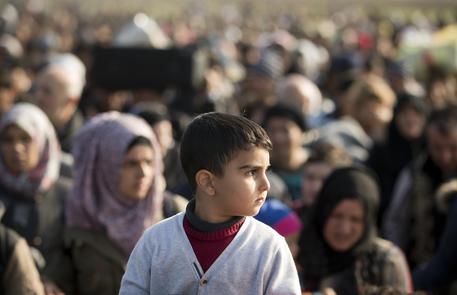 (ANSA) - Rome, October 29 - The Italian government aims to introduce rules that will allow the use of force on migrants who refuse to undergo photo identification procedures, an official from the Interior Ministry's Department of Public Security told a parliamentary commission on Thursday.
Giovanni Pinto from the immigration and border police section of the department said it involved "allowing the use of force corresponding to the need to identify who is arriving in Italy, as Europe is asking of us".
Interior Minister Angelino Alfano said on Thursday that a planned quota system for dealing with migrants in Europe was in its trial phase, responding to a question about delays to redistribution of migrants around the bloc.
"The important thing is to have started," he said. "It's clear that in coming months the numbers are going to get bigger, but we are in the breaking-in phase," he said.
Meanwhile EU high representative for foreign affairs Federica Mogherini said the migrant crisis risked damaging the bloc's relations with its global partners.
"The refugee crisis risks becoming a structural impairment to the EU's relations with our partners in the world," she told a parliamentary commission meeting.