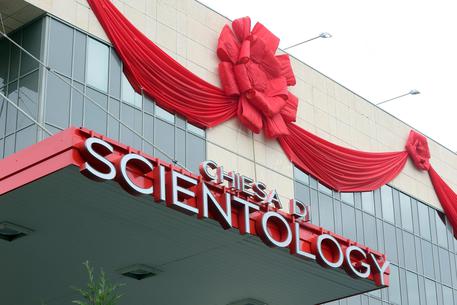 (ANSA) - Milan, October 29 - The Church of Scientology is set to open its new Milan headquarters on Saturday in a former office of technology company Philips, which will be its biggest centre in Italy.
Several senior figures linked to the controversial American organisation are expected to attend the private inauguration ceremony.
Work on the new centre was carried out discreetly in just a few months and residents nearby only found out about what it was going to be a few days ago when the "Church of Scientology" sign appeared on the building.
The organisation promotes a set of beliefs created by L.
Ron Hubbard. Its teachings focus around the idea of humans as immortal alien spiritual beings temporarily trapped on Earth in their physical bodies.
It has courted controversy due to its status in between a religion and a commercial enterprise, and it has also been described as a cult. Furthermore, accusations of harassment techniques against critics have also drawn attention.
"We intended to make an official announcement after the inauguration," the organisation said. "We also had no plans to invite the press."