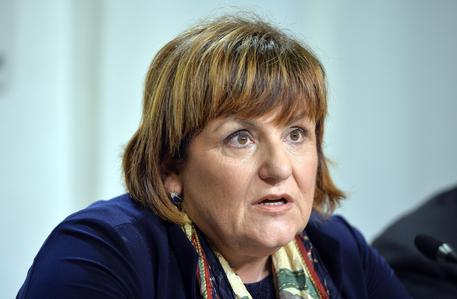 (ANSA) - Rome, October 26 - The Treasury said in a statement Monday it has "undiminished esteem" for Internal Revenue Agency Director Rossella Orlandi. The statement came after Economy Undersecretary Enrico Zanetti, secretary of the small centrist Civic Choice party, told La Repubblica paper in an interview that if Orlandi "continues to express so much malaise, a resignation becomes inevitable".
Zanetti went on to say that he spoke "as a member of government" and is certain "my position is absolutely shared" by the premier's office.
Orlandi reportedly protested the fact that the Constitutional Court ruled some Internal Revenue Agency executives had been illegitimately appointed their posts.
"These executives cannot be allowed to return to their posts without a selection competition," Zanetti said. Orlandi's "mistake is that she is defending her most trusted men, not the institution", he said.
The opposition anti-establishment 5-Star Movement (M5S) also weighed in.
"We've been saying so for ages: Italy's taxation machine is a hostage in a gang war, while the government winks its eye at large-scale tax dodgers," the M5S Lower House caucus said in a statement.