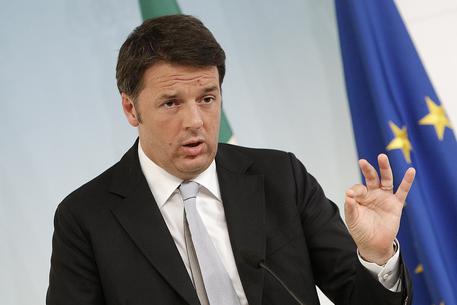 (ANSA) - Rome, October 16 - Premier Matteo Renzi said Friday allegations he may have misspent public funds while he was mayor of Florence are "totally fabricated". "What surprises me is I am called on to answer over and over to totally fabricated allegations," Renzi told Sole 24 Ore financial paper's Radio 24. "The facts are there, and facts are stubborn," he added. The Florence Audit Court earlier this week opened a probe into Renzi's spending on meals while he was mayor of the Tuscan capital, which he ran from 2009-2014.
The Court said it had an obligation to investigate after Il Fatto Quotidiano daily ran an interview with a Florence restaurant owner who said "Renzi was always here, and I invoiced City Hall".
Renzi's Democratic Party (PD) recently pressured Rome PD Mayor Ignazio Marino to step down after the opposition alleged he spent public money on private restaurant meals.