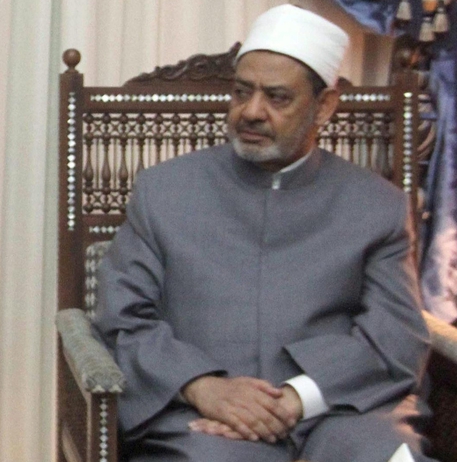 (ANSA) - Rome, October 16 - The grand imam of Cairo's Al Azhar university, the world's top Sunni Muslim seat of learning which has been waging a highly vocal campaign against Islamic State (ISIS) militants, has been asked by House Speaker Laura Boldrini to address the Italian lower chamber on October 21.
In charge since 2010, Ahmed El Tayyeb is considered one of the most moderate Sunni theologians in Egypt, and was ill-viewed by the Muslim Brotherhood when it was in power.
El Tayyeb supported the military who deposed Islamist former president Mohamed Morsi.
Ahead of his speech, Tayyeb said Friday he would give a wide-ranging survey of Islam and reiterated an appeal for "the unity of Arabs and Muslims to face the Zionist threat".
Some opposition politicians have condemned Boldrini's invitation.
Senator Maurizio Gasparri of the centre-right Forza Italia party said he was offended by an invite to someone he claimed was "a sort of pope of Sunni Islam who would like to give lessons on terrorism and Islamophobia".
According to Gasparri, "defining the invitation as irresponsible is the least one can say." The head of Rome mosque's interreligious dialogue centre, Imam Yahya Pallavicini, disagreed with Gasparri.
"The dean of Al Azhar university is one of the most qualified, well prepared and experienced figures in Islam and I believe it will be very important to listen to what he has to say in the Chamber of Deputies," he said.
"Speaker Boldrini's move is interesting," Pallavicini said.