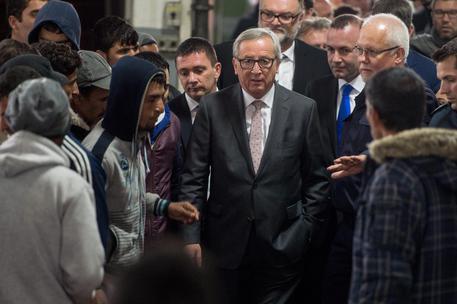 (ANSA) - Brussels, October 15 - The credibility of the European Council is at stake if EU member states do not honour their commitments concerning the refugee crisis, European Commission President Jean Claude Juncker said Thursday.
"It is time to move from words to deeds: member states must do as promised in terms of deploying new staff and resources on the migrant front," Juncker said ahead of a two-day summit of European leaders in Brussels starting Thursday. "There are big delays. The credibility of the European Council is at stake," he continued. Juncker said revision of the Dublin regulation concerning asylum applications in the EU, which is now widely considered obsolete and slated for reform by March 2016, would be "sped up". The Commission president also said there was a "good chance" of reaching an agreement with Turkey to try to stem the flow of migrants and refugees across its border into Europe under the terms of the European Agenda on Migration presented by the Commission in May. Juncker's deputy Frans Timmermans and EU Enlargement Commissioner Johannes Hahn were in Ankara for talks on Thursday.
"The talks are going in the right direction," Juncker said.