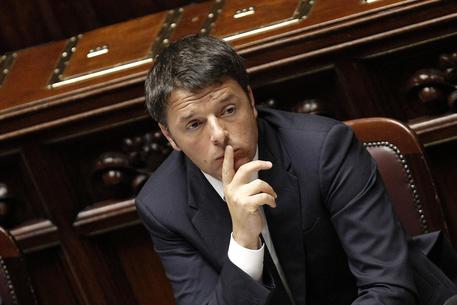 (ANSA) - Rome, October 14 - Premier Matteo Renzi said Wednesday that Italy had the right stance on the Mediterranean migrant crisis all along, unlike the rest of the European Union.
"We can say without too many words that Italy was right on immigration and the rest of the EU was not," Renzi told the Lower House ahead of a summit of European leaders starting Thursday.
"I am not claiming a decision of this government, but what I do say is that Italy understood the complexity of the immigration problem and an approach that is not linked to the hysteria of the moment but to a strategic vision," Renzi continued. "Many of our friends and allies changed their stance on the basis of single events, emotionally charged moments, circumstances which by their nature were destined to produce an immediate effect but not a long-term strategy," he said.
"We said the moment had come to change EU policy on immigration," the premier told the Lower House.
"Now we are witnessing the assumption of a principle that was denied for months and which Merkel and Hollande have brought with authority before the European Parliament, a simple principle: the Dublin treaty is over. Not technically, but politically," Renzi said. The new 'hotspots' for identifying and registering newly arrived migrants and refugees set up under a EU scheme for assisting front-line countries such as Italy and Greece "only make sense in conjunction with relocation and the policy of repatriation", the premier continued. Renzi was echoed by European Commission vice president Frans Timmermans, who said Wednesday "reform of the Dublin system is necessary because conditions have changed with respect to when Dublin was agreed and today there are some countries that cannot manage by themselves".
The necessary premise for reforming Dublin is that the system of hotspots, relocations and repatriations works in its entirety, he added. In this respect Timmermans said the European Commission was "concerned" and that it hopes "governments will talk to each other frankly at tomorrow's Council meeting".
"It is time member states keep their promises," he said.