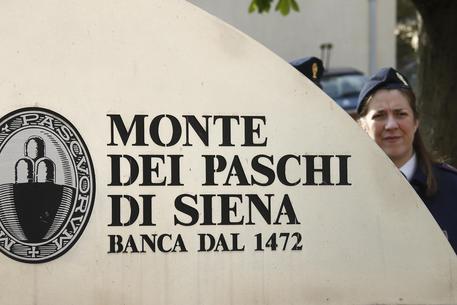 (ANSA) - Milan, September 24 - Monte dei Paschi di Siena (MPS) bank has said it has reached a settlement with Japan's Nomura Holdings to close a loss-making derivative trade, in a bid to boost its chances of finding a buyer.
Shares in the Tuscan bank soared over 8% to 1.6 euros a share on Thursday after MPS said late on Wednesday it would pay Nomura 359 million euros to wind up the deal on the so-called "Alexandria" derivative trade - 440 million euros less than the cost would have been under the initial terms of the trade.
In a statement, Nomura said it would incur losses of 34.5 billion yen (approximately 256.5 million euros) from the settlement, to be booked in the third quarter.
MPS, the world's oldest surviving bank, was one of the largest to fail last year's health checks conducted by the European Central Bank (ECB) and has been struggling in recent years after losses amid a global financial crisis that hit Italy especially hard.
The ECB has said it needs to find a buyer quickly.