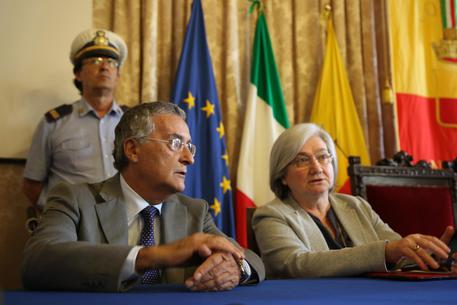 (ANSA) - Naples, September 15 - Senior officials in Naples on Tuesday rejected claims by the head of Italy's anti-mafia commission that the Camorra is an "integral part" of the city, arguing that it involves just a small group of citizens.
Rosy Bindi is visiting Naples this week as part of a mission for the anti-mafia commission and said on Monday that "the Camorra is an integral part of this society, this city, and this region".
Naples Mayor Luigi de Magistris said on Tuesday that he did not agree with the comment at all and that he had jumped on his seat when he heard it.
"The majority of Neapolitans are tired of the Camorra and their bullying," he said following a meeting with the commission.
Naples Chief Prosecutor Giovanni Colangelo also rejected the comments, saying that normal Neapolitans did not have a propensity to commit crime.
"Criminals represent a small percentage of the population compared to citizens who want to live in peace," Colangelo said.
Bindi refused to apologise on Tuesday, saying that "not denying the Camorra is the first step to fighting it".

Italian police on Tuesday arrested 44 members of the Russo family in the powerful Casalesi clan of the Neapolitan Camorra mafia.
Police said those arrested were suspected of involvement in a slot machine and video poker racket.
Five companies were impounded and various souped-up slot machines and video poker machines seized.
The Casalesis are the clan whose threats against Roberto Saviano have forced the Gomorrah writer into round-the-clock police protection.