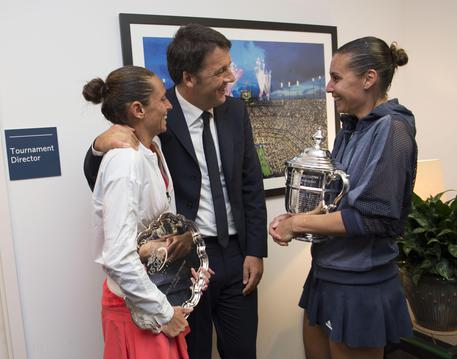 (ANSA) - Rome, September 14 - Italian Premier Matteo Renzi said Monday those who criticised him for taking a State flight to New York to see Flavia Pennetta beat Roberta Vinci in the first all-Italian US Open Final were "populist".
He said his critics were the kind of people who would have asked for the bill from then president Sandro Pertini when he flew back from the 1982 World Cup with the winning Italy team.
Renzi's critics accused him of seeking to boost his popularity by flying to the final at Flushing Meadows.